Vote for WorldScape Classic here! If you vote once every hour, we'll gain more players!

This section allows you to view all posts made by this member. Note that you can only see posts made in areas you currently have access to.

So I recently started playing Oldschool again, last log-in was 267 days ago  ;D

My username in-game is Stroking You, I have private on at all times so feel free to add me and if you choose to do so, please tell me that you are from here  :)

I might turn this topic into a progress thread if someone is interested and I get enough readers.  ;)
#2

What do you guys think Finland is like?  :o

Sorry for making the question a little me-related but I couldn't come up with anything smarter  ;D
#3

November 01, 2012, 06:20:55 PM
Romantic stuff, yup. Feeling ashamed for asking help & tips from you guys. So I've had a girlfriend for over 6 months now and not this weekend but for the next one I thought to plan something even more romantic what I usually do. My budget is pretty low at the moment and can't really afford limousine rides (well that's a cliche) or stuff like that, but I don't even want to because I want to be more original. And yes, I do know that I'm not being very original when asking tips from you guys but I just need little tips and romantic ideas and stuff like that...I've been thinking about something what involves chocolate, only candles as light, a massage...

I'd appreciate if someone was interested in this topic  ;D BTW I kind of noticed that my english has gotten a little better since the last time I've been active on these forums... ::)
#4 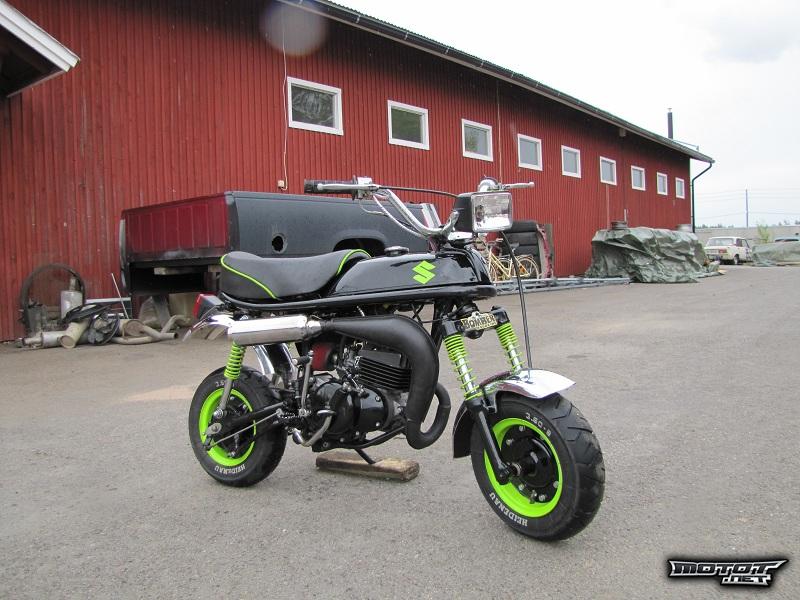 General (OT) / Any ideas what to do IRL?

Cant afford shit to get away from this small village exept bicycle and the distances are too large... >.<
#6

It is for people who are christians and if you dont complete that 7 days long camp you cant get a wedding in church and so on..

So i gotta go to that camp today for 7 days and im not a religious person for real. I dont believe in those things :s

Only good thing is that there are a couple of my best friends :D
#7

Could you guys also help him and sub, like and fav those vids, so he could get more popular since he  should have like 5k subs.

February 06, 2012, 02:55:36 PM
So, ive been thinking about traning my Defence level up. It is kinda hard to do PvM with 20 Defence.. :/ Defence would give me better gear and easier PvM but then i would be so much higher combat?

I need some tips on training and money.. like if there are any new methods? O_o
#12

January 12, 2012, 06:39:05 AM
Title says it all pretty much.. so when im using the RS client it randomly shuts down in like 5 minutes..sometimes even quicker..And when im playing RS thru chrome, the screen goes randomly white. I really need this issues to be solved because i just got membership and i dont wanna waste it! D: Help would be appreciated a lot.
#13

General (OT) / my life is fucked up AGAIN

December 22, 2011, 10:46:04 AM
so this morning i woke up and went to facebook..started talkin to my friend and she said my girlfriend has been kissing with other boy...at that moment my world collapsed -.- i would have died for her and have done anything and now this happens... i dont know what to do anymore since im not with her... :s i have now decided to not fell in love again for years since all it causes is pain afterwards.. feeling so bad atm and nothin cheers me up...and yeah having like the worst day and time of my life..it will take so long for me to be smiling and happy again... and yeah, my christmas is kinda ruined now..also the new year and stuff.. -.- and one school thingy also.. f*ck my life seriously..she was the love of my life and i know i might sound stupid but yeah.. when i woke up i somehow had a weird feeling and i saw dreams of her breaking up with me -.- and i just have a weird feeling when something bad is going to happen i dont know how its possible..
#14

You guys should check out his channel & maybe sub to him...all his songs are so true & original..
#18

November 22, 2011, 04:42:27 PM
Well, at 7th grade my average grade was around 8, i think its going down to 6,5 now... :/ I dont really read to tests anymore or do homework at home...i do it at school before the lessons..also i get pretty bad grades even from maths where i was like one of the best on my class...getting 9's from tests, now got a 5+ (on a scale 4-10)... and ive started to talk more during the lessons and the teacher may have to tell me to be quiet a couple times during the lesson...currently my mom doesnt have a job, and she cant give me any money and my dad just doesnt want, even tho he has a lot...I just dont feel like studying well ( i know its for my own good) because i get clothes and shit very often these days... i dont have any spirit to school anymore, only on P.E, wood and metalwork... IDK what to do to change my mind about homework, tests & studying -.-
If i dont get good grades i cant get to of university of applied siences...i gotta go to high school -.-
#19

November 22, 2011, 04:13:36 PM
So, today i was going home from school, and this 1 year older guy with his friend comes up to me calling me with names, and that i have been calling his girlfriend a b*tch and talked shit about her behind her back (which i didnt) The guy started to push me from my chest and he spitted on me, i continued walking and he was following me with his friend and trying to throw rocks at me...i was like 10 metres in front of them now and they decided to catch me again...the guy succeed to punch me in the stomach, and also tried to punch me in the face but i blocked it...at that moment i saw red and decided to do something, not just walk away like a puss, i started to fight with him...i punched a right hook right at his cheek and he got dropped and when he tried to stand up again i pushed him to the ground....i decided to continue to learn him a lesson, so i also went on the ground and punched him with my right elbow and made the desicion to choke him until he gives up...i took him into a judo choke and he passed out in like 8 seconds...his friend was just looking there confused & nerdy as usual....i stood up and continued walking back home and just left him there lying on the ground confused as hell...i was wondering why didnt he want to come back after me..

As ive said before, ive been doing judo for a few years, also boxing because my dad was really good at it, also a couple years later i started doing hap-ki-do with him...he quit it and i had to quit too.. :/ still really fit tho :D

It was somehow fun tho, got into a fight and prove my skills to the bully who thinks in a damn nerd
#20

Videos / A nice song from Finland (=