Check out the recently added slayer skill, and make sure to vote in the Future Updates section for new content!

This section allows you to view all posts made by this member. Note that you can only see posts made in areas you currently have access to.

January 15, 2016, 05:18:52 AM
I've realized even after being here for awhile, I don't really know most of you. Anyone who wants to chat should add me on Skype (unitedrecoil) and I'll start a big group chat where we can call/message. Also let me know what timezone and times you're usually online.
#2

I'm really bored I just want to talk to people don't be shy. Whether it's a voice call or text chat.
#3

October 22, 2015, 03:07:41 AM
So could Ryan or James or someone just implement the API? I know it can't be all that complex. James, if you were to write up the code or something and send it to Ryan maybe he'll implement it. I would seriously code a new small feature every day even if most of them never got implemented. At least that would keep some updates going. Plus I don't get enjoyment out of actually playing the game anymore, so this would just give me and everyone else more incentive to play because of actual updates regardless of inactivity.

Just remember Ryan, if you add this update, you'll never have to write another script for this game again if you don't want to.
#4

These past few days I've been irritated because people are being assholes but overall I'm still a pimp ass motherfucker. How are you all feeling?
#6

So the first post was a bit lame and overly descriptive, I'll try and spice this one up more. Case in point though, I'm getting back into the same project if anyone's interested in helping/observing.

[spoiler=Game Launcher]
This is the screen that first pops up when launching the game: 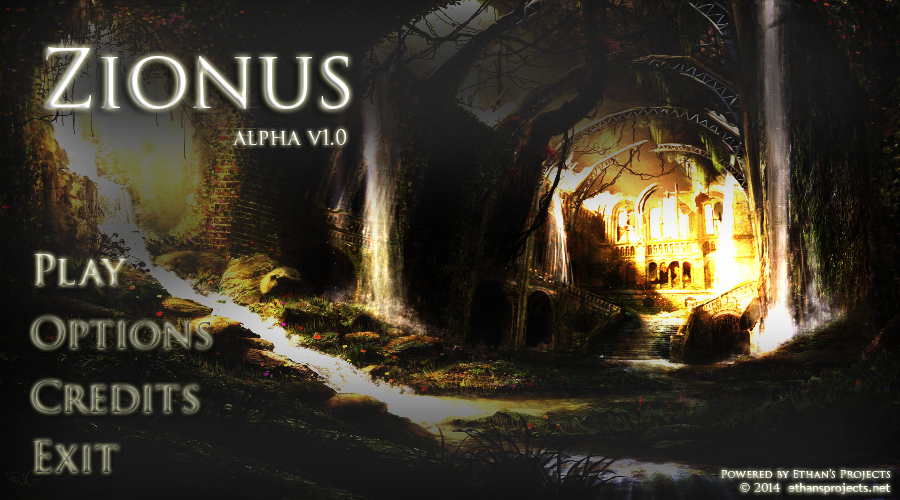 The name of the game has been "Zionus", it's stupid and meaningless but it's what I came up with awhile back. Certainly subject to change.


[spoiler=General Preview]
These graphics are temporary, but here's how the game looks (size reduced by 33%): 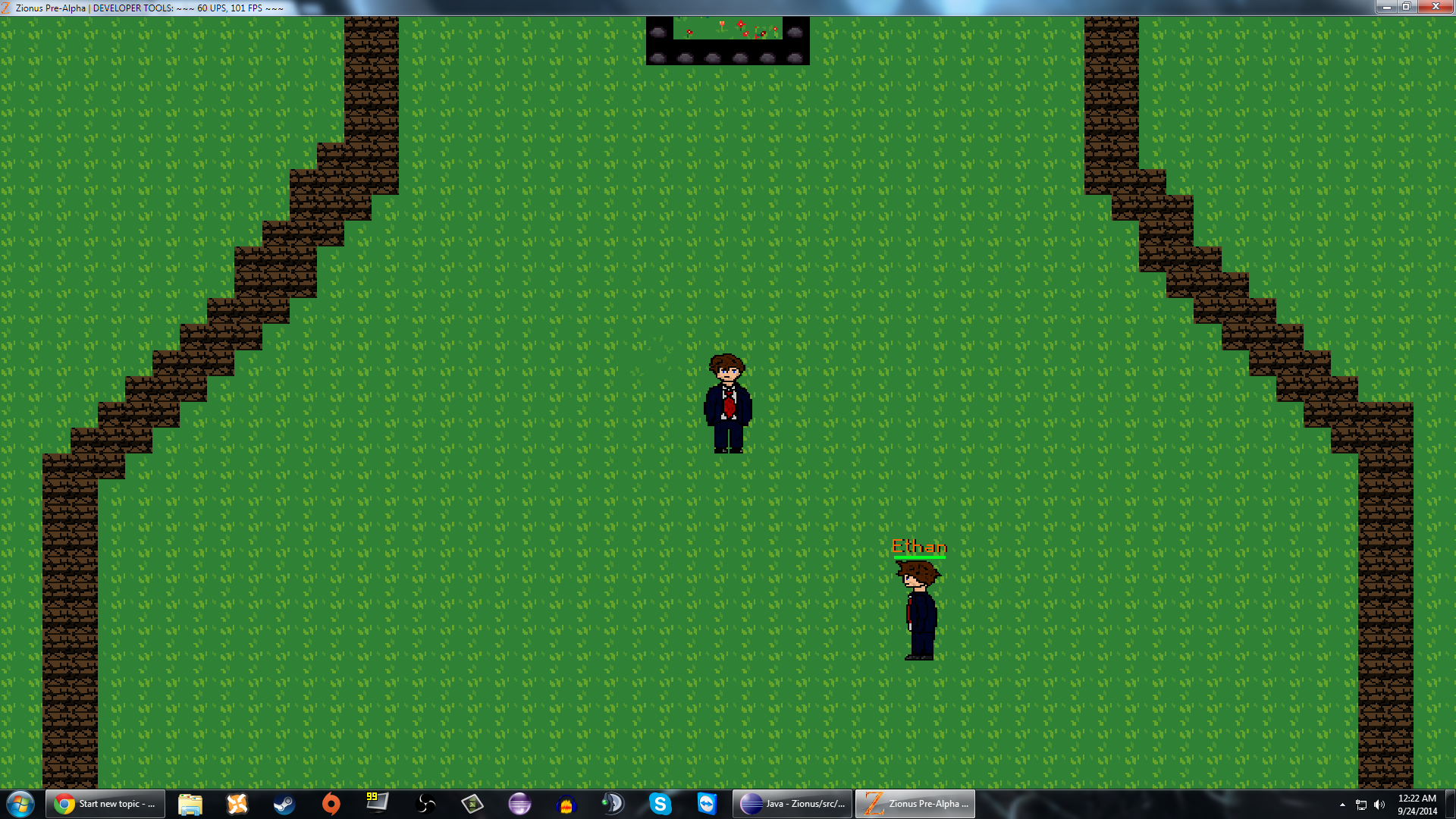 Key existing features of the game:

[spoiler=NPC Dialogue]
Here's what dialogues with NPC look like (size reduced by 33%): 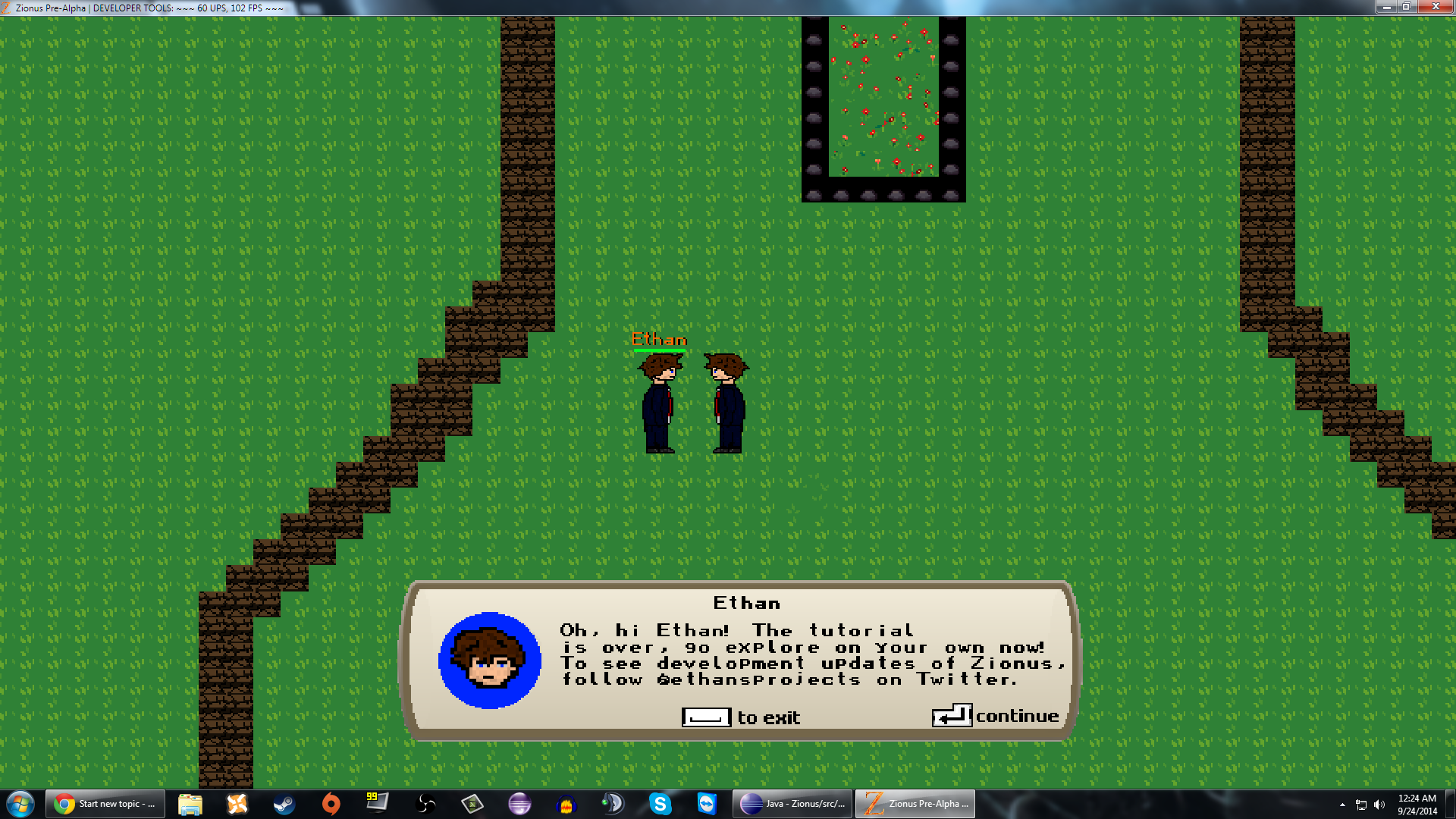 (*) Currently being worked on


Areas in where I could use your help:

**Somewhat of a disclaimer: Still in the very early development stages. It may not seem like a lot now, but I plan to spend several more months on this (even if I take breaks from it now and then) so this is beyond close to finished. Not really "advertising" it at this point or even begging for help, just seeing if people are interested. I still have yet to make a finished game from scratch for myself, even if it is simple in its own right. So if you wanna be apart of that, even if you're barely involved, lemme know!**
#10

(The goal is to get 135 in all levels without trading other players for resources - this includes ::runes and ::food)

I've been thinking Obama, but I see points of Ron Paul too.

May 22, 2012, 07:22:02 PM
So, at school today we learned about child labor around the globe. My history teacher was pissing me off for her ignorance on it. I'm not sure on my views on this. Since it was a joke in History class, what do you all think?

Please leave this open for discussion :)

P.S. I'd like everyone's view on this, I have to write a paper on everyone's opinion. (have to interview like 10 people, I'll count these people as some)
#14

Quote from: Ry60003333 on May 05, 2012, 02:45:00 PM
I'm sorry that updates to WorldScape are still widely spaced out; but it has been like this for a while, mainly because I have so many other things going on in my life, such as school, planning for college, and so on. Right now I have four weeks "off" from school where I must work 6 hours every weekday on my senior project, which is developing another game from scratch. So I'm sorry that there aren't many updates, but the server is not shutting down and it would be nice if everyone would stop spreading rumors that aren't true! Thank you,

Ryan himself said it, and people log in right away after this topic and start gossiping. shit pisses me off.
#16

Note: There is no recruitment page because everyone is welcome to join.

This is a forum clan, a rebellion of in-game. Think of it as non-violent protesting via boycotting. We refuse to play the game until they make it how the players want!!!

You need to do one thing to join; copy and paste the below into your signature and agree to abide by all points.
Code Select Expand
[font=impact][u][b][size=16pt]WorldScape Rebellion Oath[/size]
[/b][/u][/font]
[b]"I, usernamehere, hereby declare a time for change. I will not open a WorldScape client until our points are heard and responded to. I will not play the game until we have a fair economy. I will not play the game until we, The WorldScape Rebellion, have proven that this game is controlled by the attitudes of the players. I believe I can and will make change."[/b]

[center]
[img]http://i.imgur.com/Q0xqu.png[/img][/center]
Also reply here if you're going to join.

Important: I should've mentioned this earlier. If you break the oath (meaning you log in in-game) then you'll be taken off the list permanently.

This is lead by Program, myself, and Mute.

There are no ranks. Everyone is equal in this rebellion.
~Current Members~
Recoil
Program
Mute
nate
drakedriller
James
Australiaman
Wolf


We deserve a good economy. We deserve to have things to do in-game! Join us to fight for a better game!
#17

Rants / Nothing to do on here!

April 22, 2012, 04:11:11 PM
Has anyone else noticed on WS lately that everyone just sits around and follows each other? No one ever PK's anymore or anything. Half the people that are on are afk too (including me tbh, I see others not saying anything so I get bored and just leave the game up). There's honestly no solution to this, we can always get new players or bring old people back but I've found that's not the problem. Just doing things in-game is getting old and repetitive now. Train, follow each-other, mini-games. That's it. (Yes I'm aware I'm going to get a bunch of defensive jack-wads who will say "IF YOU DON'T LIKE IT DON'T PLAY IT!" but that's not my point, I'm saying hardly anything happens anymore.) Honestly I'd prefer the WS when I first rejoined in January, the dramatic people that always complain (although most of them have quit or been banned) because it's just more interesting. I've given up on wanting the WS from when I first ever joined in 2010, because I know it won't be like that again.

Don't tell me there are plenty of people on, plenty of players. Because everyone that says that never gets on themselves. Just looking at the player count won't give you the truth, considering half those people just sit around now.

We can always have new mini-games such as zombies to preoccupy us, or holiday events but the problem is too immense for that (especially since a lot of the things added aren't really new, just re-added from previous years, although they are fun). A temporary medication doesn't cure a chronic disease.

Anyone else feel the same about this? (I know a lot of you do, even some staff that have said so) We've had many "WS is dying" topics out there but I feel like all those are thrown to the wolves every time, the hardcore lovers that feel like defending this game's reputation is their lifeline. Face the facts and quit sugarcoating. The whole mood has changed. Why would I make a topic about it if I thought it was untrue?

Ah well. No need for flaming at me btw, every topic I've made in the past about this (yes, there have been multiple) people lash out. Just read my post and think about it with an open mind.
#18

So, what is an Alabama hotpocket? (urban dictionary)
"the art of seperating the p*ssy lips and taking a shat inside (and possibly having sex with it afterwards)"
Shanya decided her p*ssy needed some lube so her boyfriend performed an alabama hot pocket
Pages1 2 3 4